Why do you need a lawyer for your Reckless Driving charge?

Reckless Driving is a criminal charge that has the potential to seriously impact your life, if you are convicted. This is why it is imperative that you hire a skilled and knowledgeable attorney who is well-versed in both the criminal and DOL aspects of your criminal charge.

Amendments from DUI to Reckless Driving:

How is a DUI similar to Reckless Driving?

Both Reckless Driving and DUI are a gross misdemeanors, which carry a maximum sentence of 364 days in jail and a $5,000 fine. Also notable, both are major moving violations. If you commit 3 major moving violations within 5 years, you become what is known as a Habitual Traffic Offender, and your license will be revoked indefinitely.

How is a DUI different than Reckless Driving?

Additionally, Reckless Driving does not require any proof of drug or alcohol consumption and/or impairment. Specifically, RCW 46.61.500 defines the elements for reckless driving as follows: "Any person who drives any vehicle in willful or wanton disregard for the safety of persons or property is guilty of reckless driving."

Can I still drive if I am convicted of Reckless Driving? 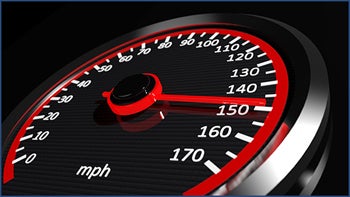 Thank you for contacting Pederson Law. You will receive a response shortly.

Please complete all required fields below.

Pederson Law, PLLC. offers telephone consultations to prospective clients who are seeking assistance with simple traffic tickets to criminal or post-conviction relief matters. Call today to schedule a discreet initial consultation. Ask about me about promotional pricing on retainer fees!

Pederson Law, PLLC. is conveniently located in the heart of downtown Wenatchee, WA. The firm is located on the corner of Wenatchee Avenue and Palouse Street.