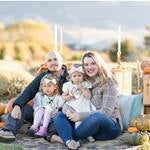 Holly Esworthy, also known as Holly Pederson Esworthy, is the owner of Pederson Law, PLLC - a firm founded in 2015, located in the heart of downtown Wenatchee, Washington. Holly Esworthy is a graduate from both the University of Washington and Seattle University School of Law. After spending countless summers in Chelan as a child and young adult, Holly Esworthy ultimately decided to relocate and permanently settle to the Wenatchee Valley after passing the Washington State Bar Exam.

When she is not serving her clients, Holly enjoys volunteering for various causes and giving back to the local community. Most importantly, however, Holly enjoys spending time with her husband, Sean, and two small children. She and her family are enthusiasts of everything that is Walt Disney. They are members of Disney Vacation Club in Florida and Hawaii and Walt Disney World Annual Passholders.

Thank you for contacting Pederson Law. You will receive a response shortly.

Please complete all required fields below.

Pederson Law, PLLC. offers telephone consultations to prospective clients who are seeking assistance with simple traffic tickets to criminal or post-conviction relief matters. Call today to schedule a discreet initial consultation. Ask about me about promotional pricing on retainer fees!

Pederson Law, PLLC. is conveniently located in the heart of downtown Wenatchee, WA. The firm is located on the corner of Wenatchee Avenue and Palouse Street.